The Logic of Home Security Sensors

There are different kinds of home security sensors, and one of those is temperature sensors. You probably won't keep any burglars away with these, but they can be very valuable when temperatures get too low outside, for example and your pipes might freeze.

You could have the sensor hooked to a heated pipe tape that triggers to 'on' when a certain temperature is reached, thus saving the pipes at a certain location.

Open door sensors alert you any time a door to outside is opened, or if it is left open. This could be valuable to know if you have all the doors closed, everyone who is supposed to be home is in the house and the signal goes off that a door is being opened. This might be a real cause for alarm. Also if a door is inadvertently left open, it would signal as such.

An open window sensor would operate in much the same manner, in that if a window is supposed to be in the closed position, and is, then there would be no signal. However, if the window is opened or broken, a signal would be generated along with other possible repercussions such as floodlights, a siren, and a camera set into motion. 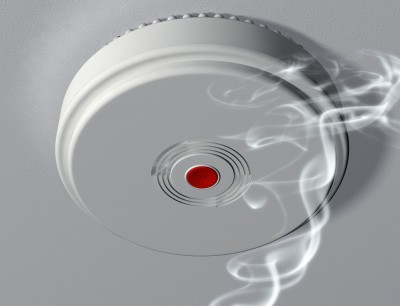 Fire and smoke alarm sensors are two home security sensors that are vital for every home. Smoke alarm sensors detect smoke molecules before the fire actually reaches the area and can set off a piercing siren squawk that is designed to awaken people who are asleep. Most people that die in a fire do so from smoke inhalation.

A smoke sensor with a good alarm is a very important to have. And with the low cost of these items there no reason every home doesn’t have them.

A carbon monoxide detector is also an important sensor to have because carbon monoxide is odorless and colorless and is a silent killer. Having a sensor that sets off an alarm is the only way to detect its presence in your home, as the gas is entirely undetectable by human beings.

Having improperly vented fireplaces is a common area for this gas to accumulate, so the installation of this sensor around a fireplace makes a lot of sense. Also, a leaky furnace can be a problem so this is another area to place this sensor. 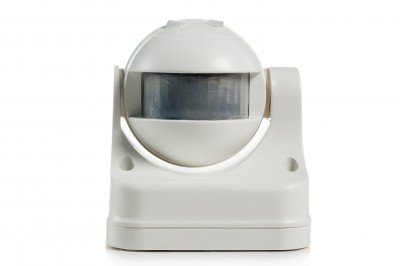 One of the more popular and important of the home security sensors is the motion detector. The motion detectors send out a laser of a radio beam that reacts if anything crosses the beam, thus it is detecting motion. This detects anyone coming across a plane where you have set up a perimeter.

Another very important sensor to have in your home is a sensor that alerts you when you have any potentially hazardous water leaks. Water could leak slowly in a basement, and after a time, mold could form, and you would never know it, unless you had a sensor telling you about the leak.

Two good places to have water leak detectors are near the washing machine and the water heater. Both are known to have slow leaks that you don’t know about until too late.

If you live in a rural area, another type of device in the long list of home security sensors is an exterior property sensor. This sensor can be installed on gateposts, or the entrance to private driveways or roads to let you know when your property has been entered.

As you have learned above there are home security sensors made for various tasks. We recommend fire and smoke and carbon monoxide sensors without question. After that, select the sensors that most fit your needs or concerns.

Home Security Devices - Choosing the Right One for You

Residential Security Doors - What You Need To Know