Wireless Home Security Cameras, Will They Work for You?

Wireless home security cameras have been on a growth boom the last ten years.

And with that boom has come much advancement in their features.

One of the big reasons for the boom is the use of a PC or laptop as the receiving monitor.  This all started with people buying a small camera to put on top of their computer to do video calls.  In fact, computer manufactures now include a camera installed on many computer models.

The convenience of using this camera led many people to get a wireless camera to monitor a nursery or other area of the house thru their computer. And ever since that happened camera manufactures have been trying to keep up with new and improved features.

The ease of use with wireless home security cameras is by far their best feature. Not only are they typically easy to install, they can be moved around the house with ease.

In this modern world, home security is a crucial issue. And because of that reliability of your home security system is upmost importance. And there in lies the problems of wireless cameras.

But if you want to monitor an area or areas inside the home, then wireless cameras is an option. Many a parent enjoys their night out because they can monitor the babysitter on their cell phone. 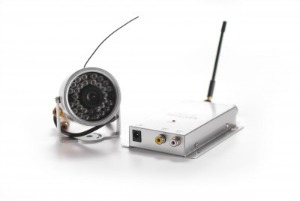 ·        The main advantage of a wireless home security camera is can be taken from place to place easily.

·        It is not that easy to identify the wireless cameras, if it is placed inside a container such as TV, vase, refrigerator, computer system box etc.

Disadvantages and its Solutions 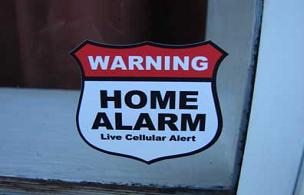 The wireless cameras will act like third eye on the head of Lord Shiva. While the Lord Shiva’s third eye burns directly evil strength, the camera eye reveals the secrets that were taken place during the time, which you were not inside the home.