Nanny Cameras - Are They Practical?

An old saying goes, "Big Brother is Watching!". With nanny cameras you get to be "Big Brother". What once was only affordable by the wealthy, hidden cameras and wireless connections are now within the price range of most of us moms and dads.

For just a couple of hundred dollars and a little technical know how you can be watching your sitter and children while out having dinner.

Oh it might drag the mood down a little, but it beats having to get dinner to go and head back home. I lived that night too many times in the old days.

Place Nanny Cameras in Every Room 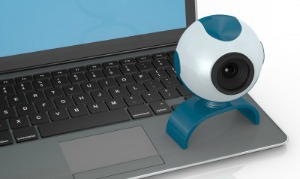 It is possible to have hidden cameras anywhere in a room, or throughout your whole house in every room. And have them set so that they don't trigger to 'on' unless someone walks through a motion detector.

Small animals such as dogs would not set them into motion, but a human would since you can set them at any height that you wish. Most cameras now come with a motion detector already built into them. Once movement stops, then the camera is turned off.

Cameras can be hidden in very common looking devices such as  clocks, pictures, and many other ordinary looking items. Nanny cameras can also be equipped with a remote control that enables operation from a distance. It is even possible to view live coverage from a smart phone or a remote computer. 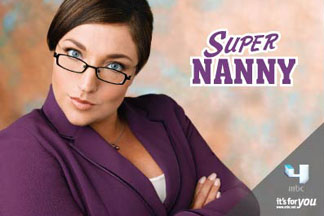 Do you remember the show "Super Nanny"? The show would  place a camera in a home with kids and record some activity. Then later Super Nanny would review the film with the parents. Now you can do the same with your Nanny.

If you were to see something you don't like, show the recording to the sitter. Recordings are a great teaching tool. No arguing over what happened or didn't happen. It's all on video.

The ideal camera is one which has a built-in DVR capability, but also offers features that make surveillance simple and uncomplicated. Such features as motion detection, time stamped recordings, and memory overwrite.

It might also be important for the camera to pick up images when the lights are out, in other words they work under limited illumination conditions. High memory capability is another highlight that is important in decision making on cameras.

Since there are many variations of cameras and disguises, it is important that once you purchase a camera, you test it under all conditions. It will be important that you can actually see the images, as they will be admissible in court if that time ever comes.

Most cameras with DVD qualities will work fine, and date and time stamping is important as well.

One more feature to consider before you go shopping. If you want to see or watch multiple cameras at the same time, then you will need multiple receivers. Receivers are the device that the camera sends the picture to and then the receiver sends the images to you via the internet.

Depending on the products you purchase will determine the number of cameras one receiver can handle. The average receiver will  handle around four cameras. So, with four cameras and one receiver, you can only watch one cameras at a time. But you can switch from one camera to the next.

Having nanny cameras and having nothing ever happen is the best possible scenario. But if you do discover a problem through the use of nanny cameras, you may fix a small problem before it becomes a big problem.

One thing is for sure, you will feel more comfortable going out or going to work knowing you can visually check in at home anytime you like.

Wireless Outdoor Cameras – Use Them to Protect Your Property

The Benefits of Home Security Surveillance